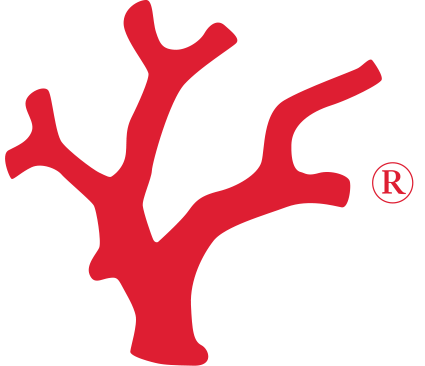 “Corals are the most noble plants in the Ocean, they are the roses of the capricious sea goddess, as rich in forms and colors as the whims of these same goddesses.”

Through the centuries, red coral has been used as an ornament, an amulet, a talisman, a medicine, and even as money. Its vivid natural red color has long fascinated different cultures around the world giving red coral unprecedented powers of protection and status. To this day stunning coral jewelry and sculptures are highly prized and testify the skill of artisans who kept this remarkable Mediterranean tradition alive.

But what is red coral? How and where does it come from?

According to the ancient Greek legend, red coral was formed from Medusa’s blood. When Perseus cut off Medusa’s head, he sat on the sea-bank to wash his hands and laid down the sack containing Medusa’s head next to him. The blood from the head dripped into the sea and was instantly transformed into what is now known as the red coral.

Red coral was considered a mineral, a stone and a plant due to its shape. Even though the Neapolitan alchemist and astrologer Filippo Finella claimed that this stone or a plant was in fact an animal in the 17th century, a French doctor Andre Peyssonnel was given merit of discovery hundred years later.

Corallium Rubrum- The red gold of the Adriatic and Mediterranean

Red coral is common name given to species Corallium Rubrum . Other names used are Mediterranean coral, Adriatic coral, genuine, authentic, precious or natural red coral.  It is endemic to the Mediterranean Sea and can be found from the Adriatic and Aegean Sea in the east to the west coasts of Atlantic in Portugal and Canaries.

Now we now this sea creature is made almost entirely from calcium carbonate, and it is in fact a polyp colony from the family of Corallidae corals.

Red coral is not to be mistaken for bamboo, reef or other species of common coral.

Red coral grows at a depth of 20 -250 meters on any solid surface—a rock, a shipwreck, or even an ancient cannonball, often inside underwater caves but it needs unpolluted seas of relatively high salinity and the temperature between 10-28 Celsius. Estimated growth rates for young colonies range from 4-8mm per year in length and about 1.5mm per year in diameter.

Archaeological evidence shows that coral has long been prized, worked, and traded. Red coral fragments have been found in Paleolithic caves dating back 30000 years ago. It was included in the jewels of a Sumerian queen 4000 years BC and ancient Egyptions valued it highly.

At first, people probably just gathered branches that were washed up on Mediterranean beaches. Roman naturalist Pliny writes about red coral gathered in the Gulf of Lions, along the west coast of the Italian peninsula, and around Sicily.

In the past red coral was collected using sea vessels made specifically for fishing coral. Coral fisherman used a special device that consisted of heavy wooden planks in form of St. Andrew’s Cross, with nets hanging on the ends that were dragged along rocky bottom to capture the precious treasure.

This method, also used in times of Dubrovnik Republic, is now forbidden in favor of divers, since it damaged not only sea ecosystem as a whole, but the coral colonies as well.

The extraction of red coral today is regulated by the EU and government and is environmentally sustainable with a number of quotas per year and a limited number of valiant divers who hand pick hidden branches of precious red coral from the minimum depth of 50 meters.

By the 12th century there was a flourishing trade in beads, buttons, and other objects in coral between various Mediterranean ports. Red coral was in demand not only on the Mediterranean. It was traded all along the Silk Road and Arab merchants took it as far as China.

Dubrovnik Republic considered Adriatic red coral as a valuable trade commodity and often gave special gifts made of coral to dignitaries. Specialized coral fisherman in times of the Republic were from the Island of Kalamota. After the decline of Dubrovnik the exclusive reign over the Adriatic coral fishing had Dalmatian people from Island of Zlarin, with the fleet of 18 boats at the peak of red gold fever around 1900.

Since the 1800s the town of Torre del Greco, in the Bay of Naples, Italy, specializes in the processing of red coral. An estimated 90 percent of all red coral collected worldwide is processed there. After red coral is cleaned from the outer layer skilled artisans use circular saws to cut coral branches into segments. The segments are then handmade to specific shapes and sizes, drilled and polished. During the production process almost three quarters of the raw material is lost or discarded. This is one of the reasons why finished coral jewelry often costs more per gram than gold jewelry. 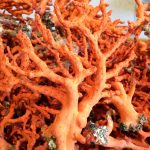 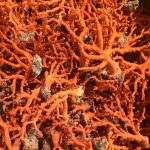 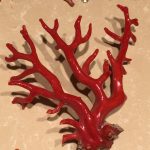 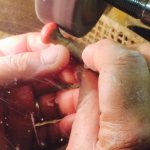 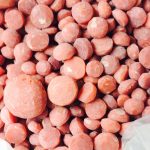 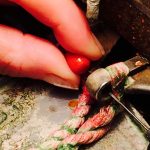 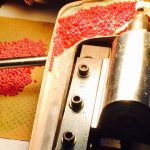 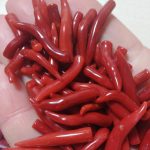 Red coral is a precious resource of the Adriatic Sea and red coral jewellery is still very popular in Croatia. Unfortunately, the tradition of coral craft was long lost and most of the coral harvested was sent to Italy for processing.

Since 2011 Clara Stones is revitalizing the lost tradition of coral craft Dubrovnik. In our Adriatic coral workshop you’re invited to see the meticulous process in which precious red coral (Corallium Rubrum) is transformed from raw material branches to amazing finished jewellery. Clara Stones is all about sharing passion for red coral heritage with you. 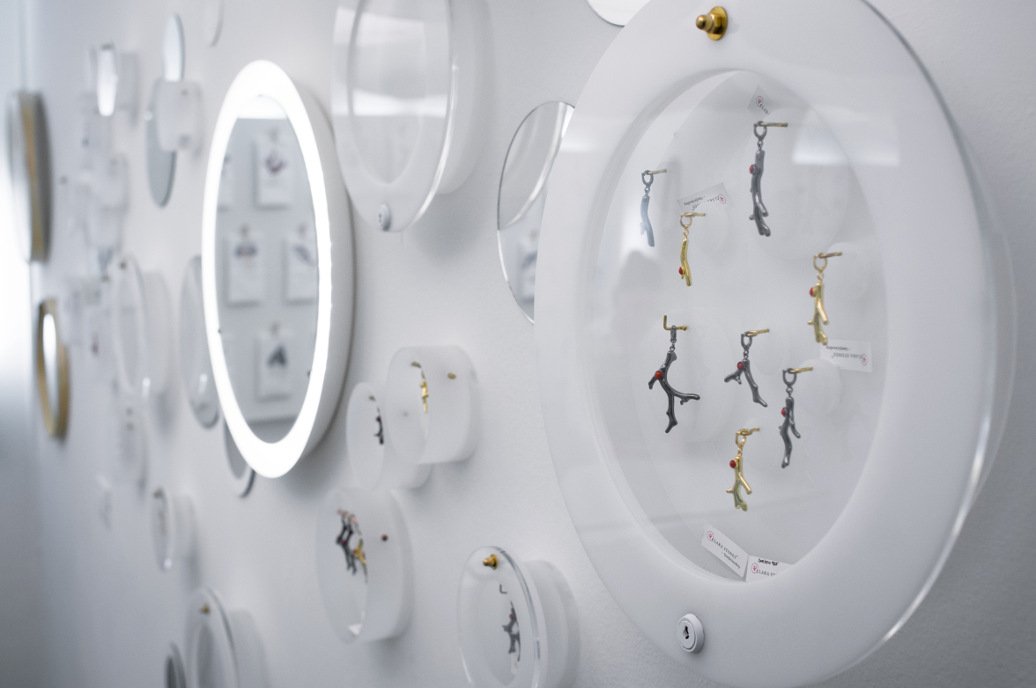 Dear all, We are pleased to announce that Clara Stones Coral Concept Store has been awarded the Silver 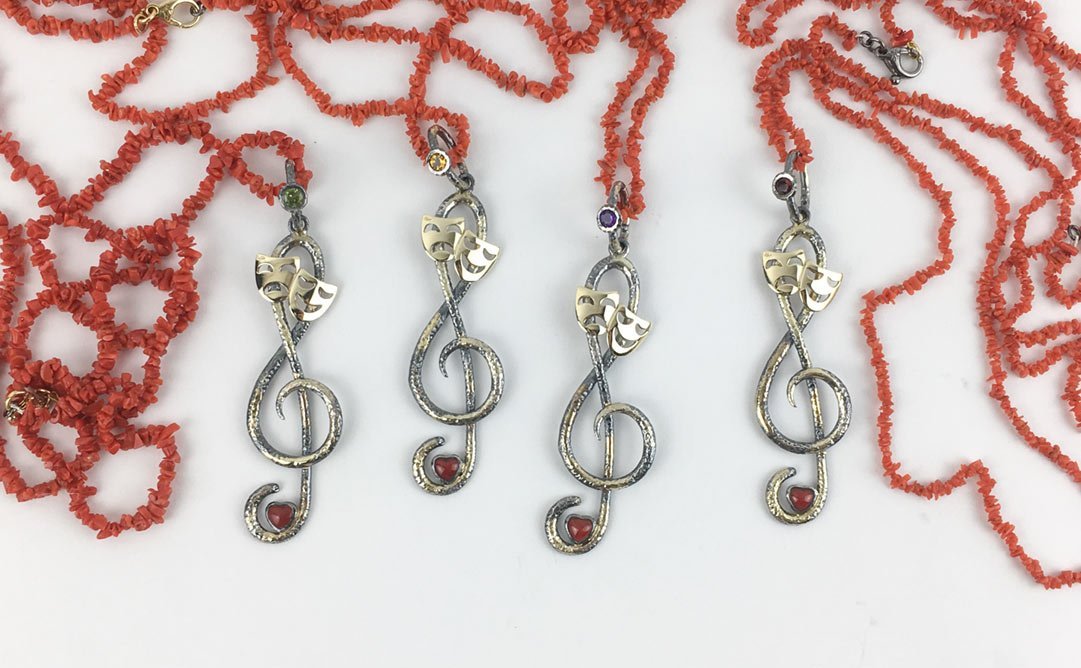 No products in the cart.

Subscribe today to receive offers available only to our subscribers.

Subscribe now to receive 10% off and stay in the loop.