Clara Stones presents Volcano collection, a new collection inspired by the myth of the roman god Vulcan, the creative and destructive forces of nature and the fascinating story of the Sciacca coral. 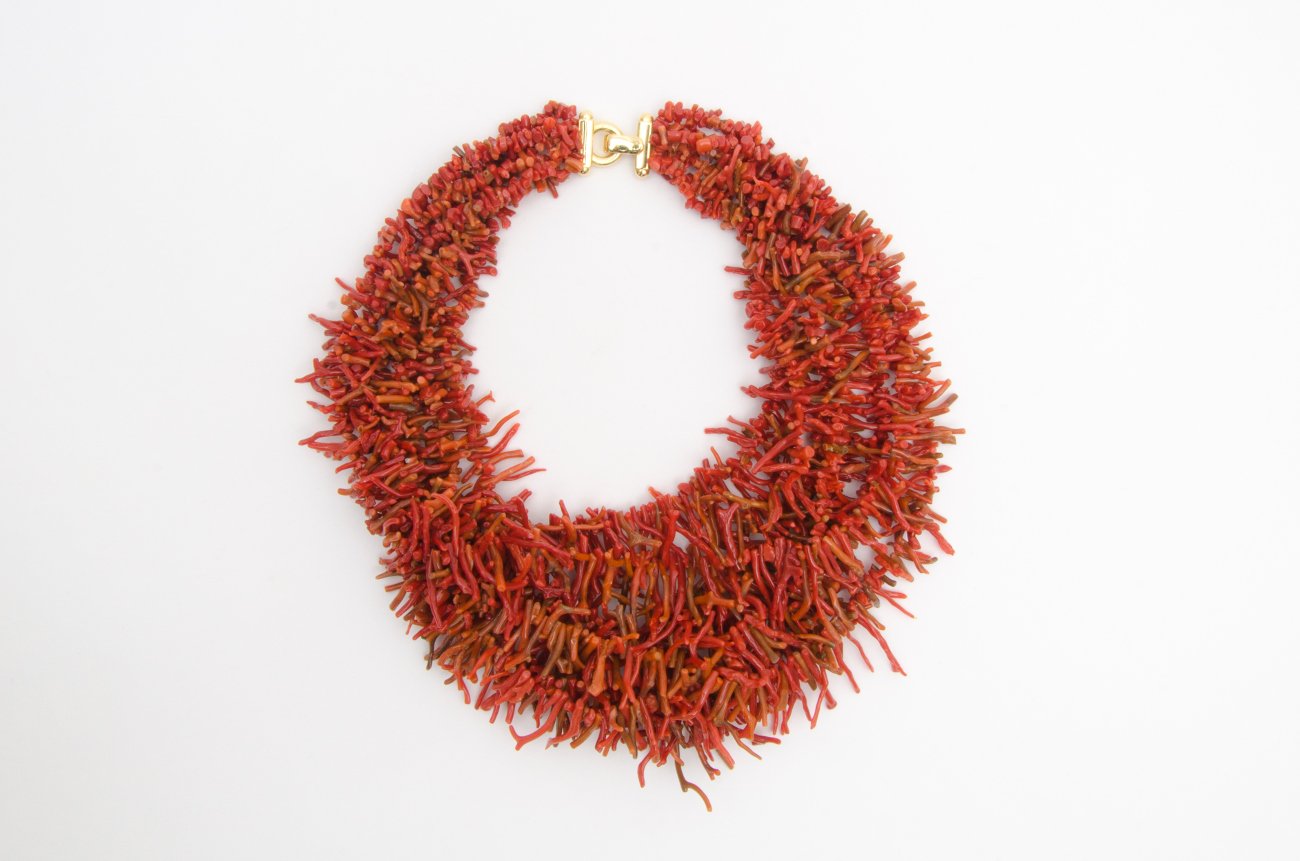 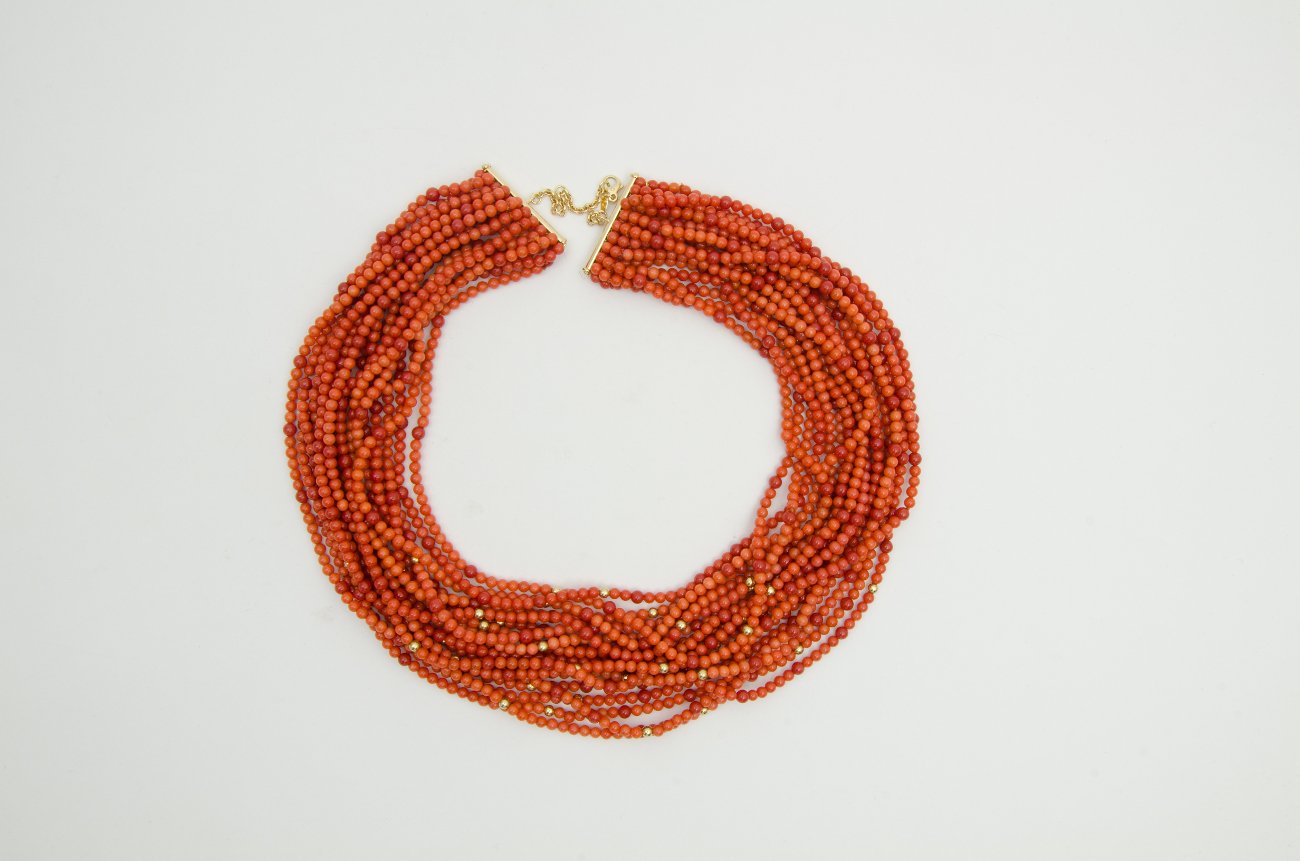 Enter the world of fantasy

Clara Stones plays a fantasy game of what would come out of Volcans workshop creating this collection of limited edition and one-of-a-kind pieces. 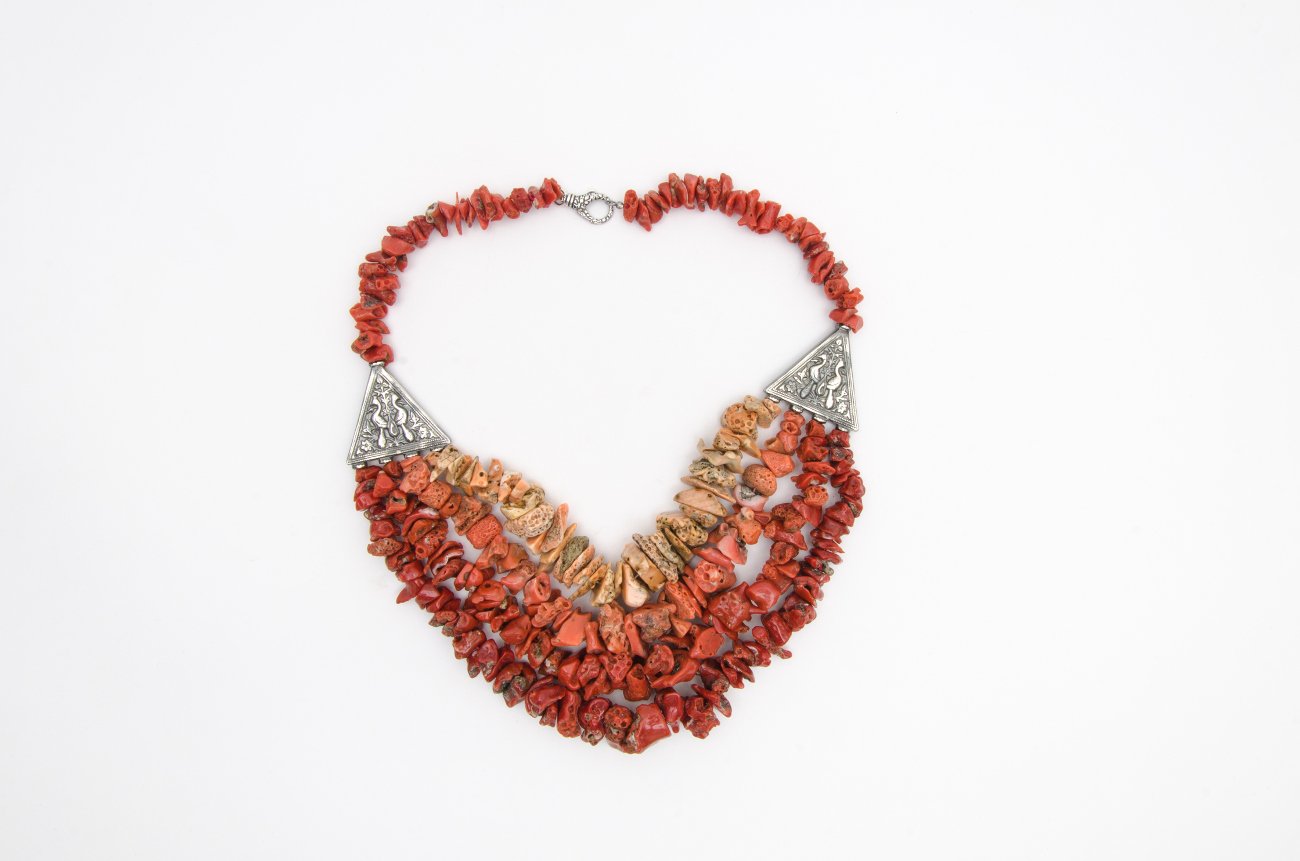 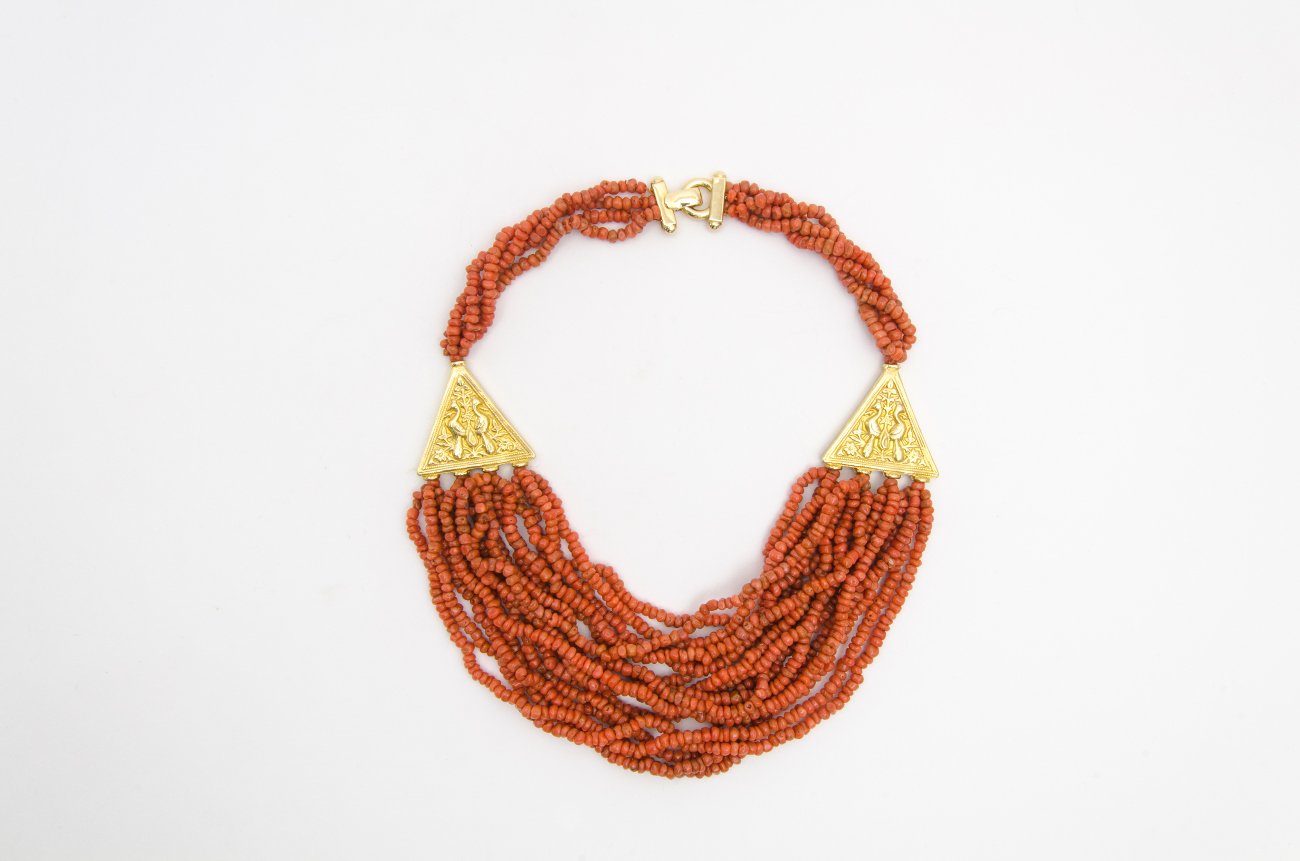 The perfect beauty of natures imperfections, the synergy of the past and the present and an eruption of energy, ideas and colours are the guidelines in creating Volcano collection. This is a perpetual and slow process just like making jewellery at Clara Stones. Volcano is a symbol of destruction but also creation of its fertile surroundings

From everyday treasures to statement pieces 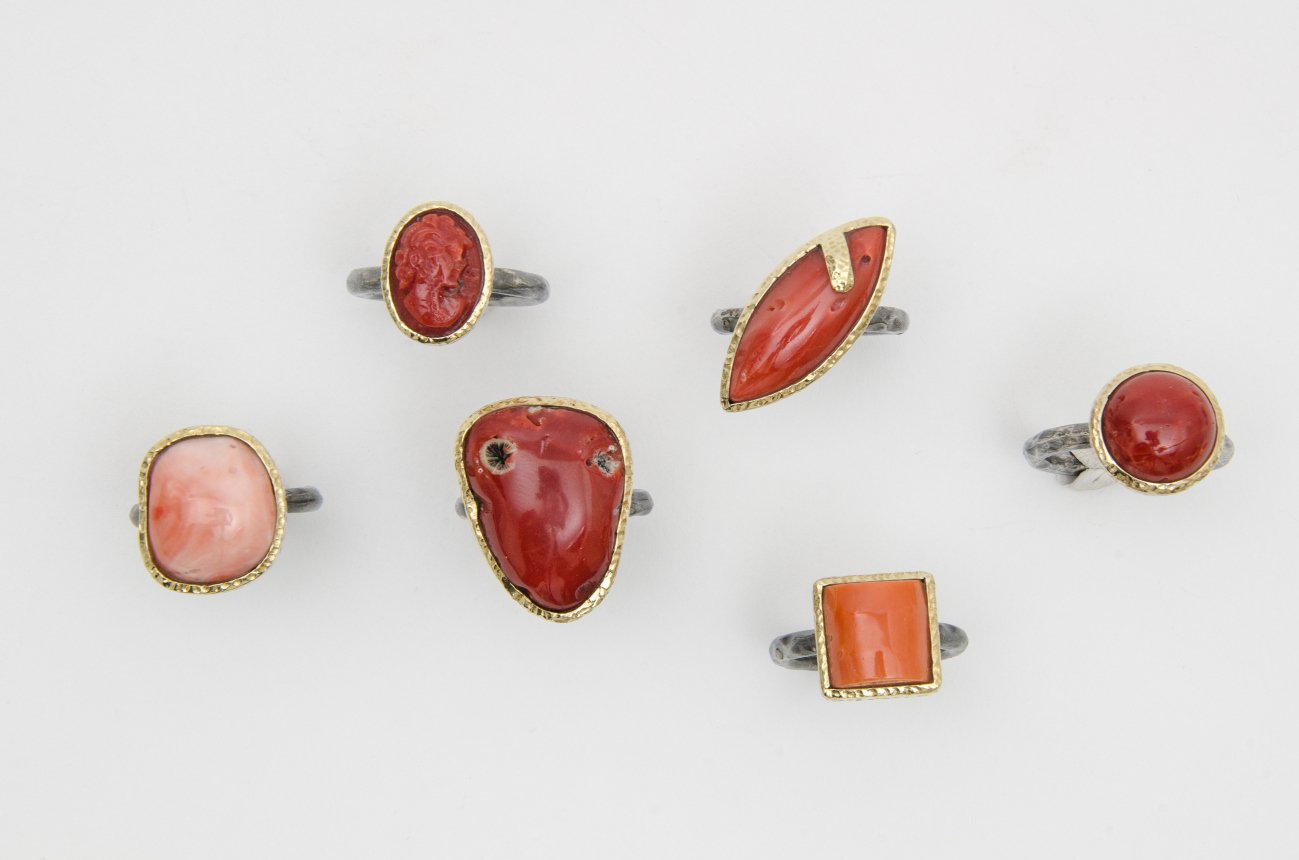 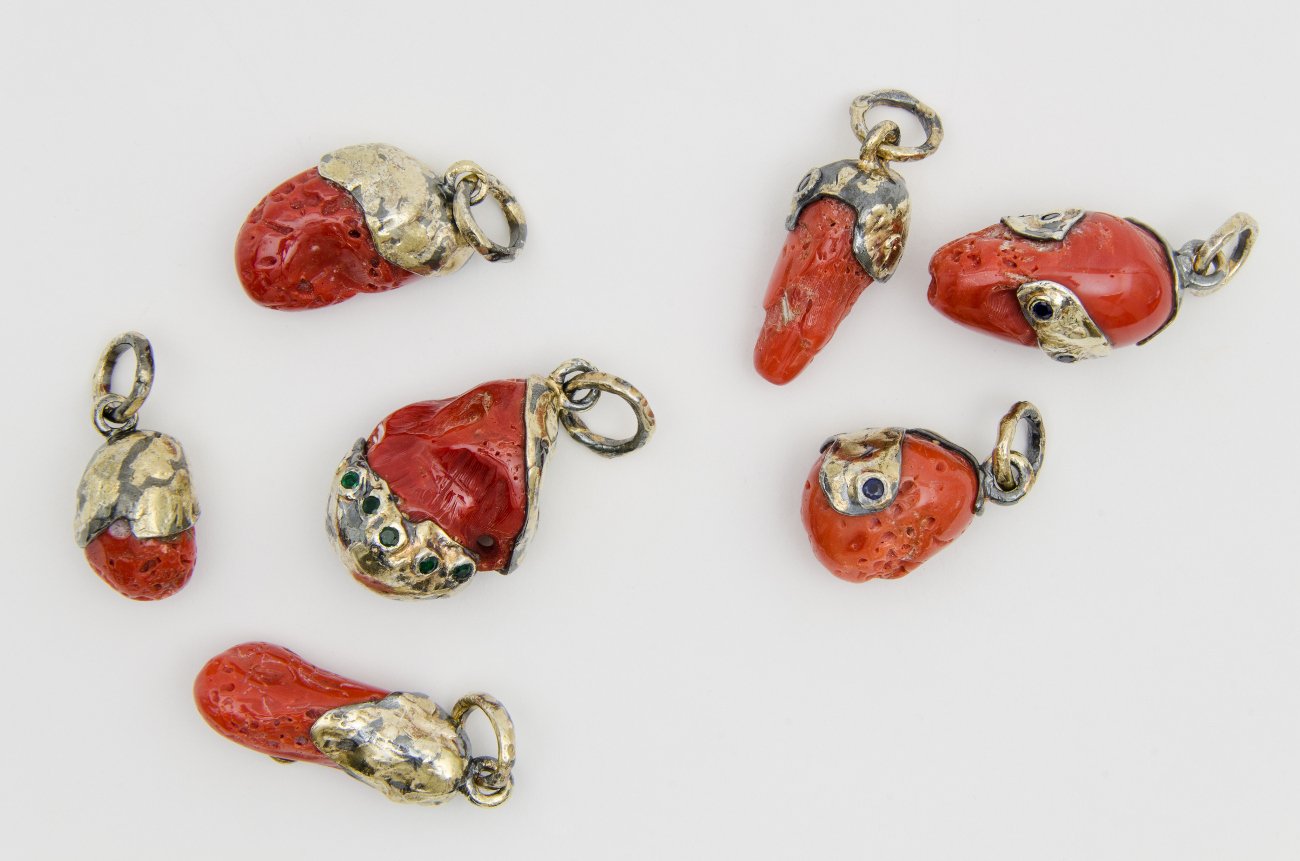 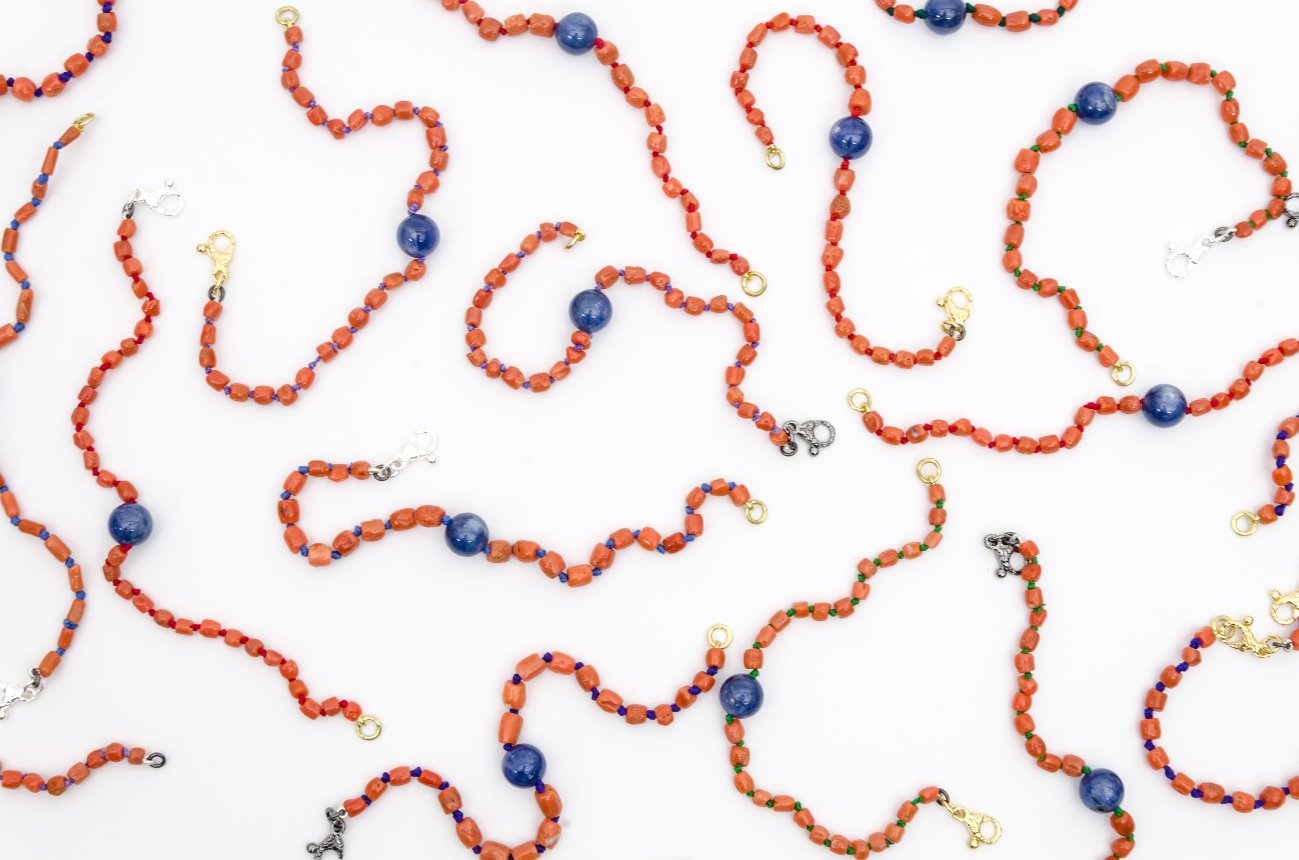 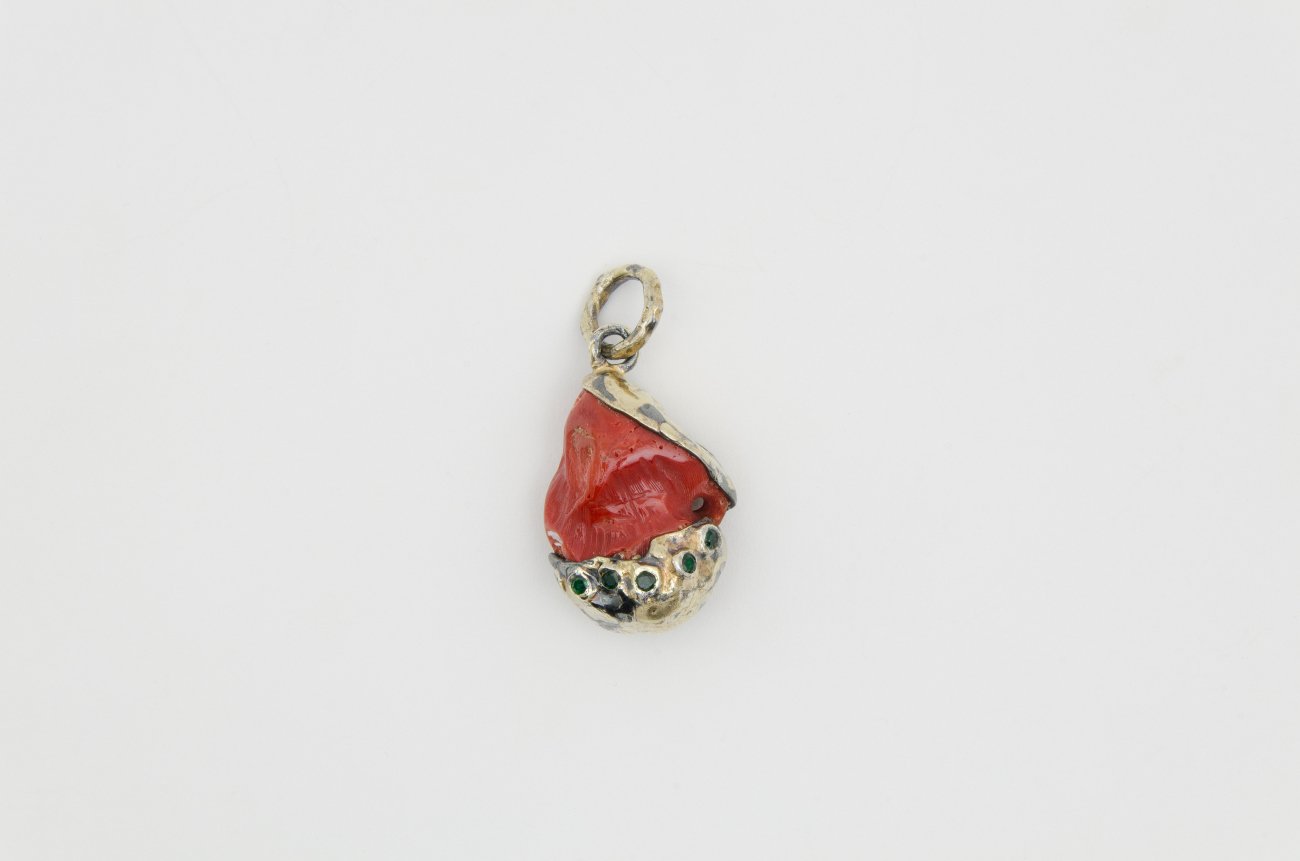 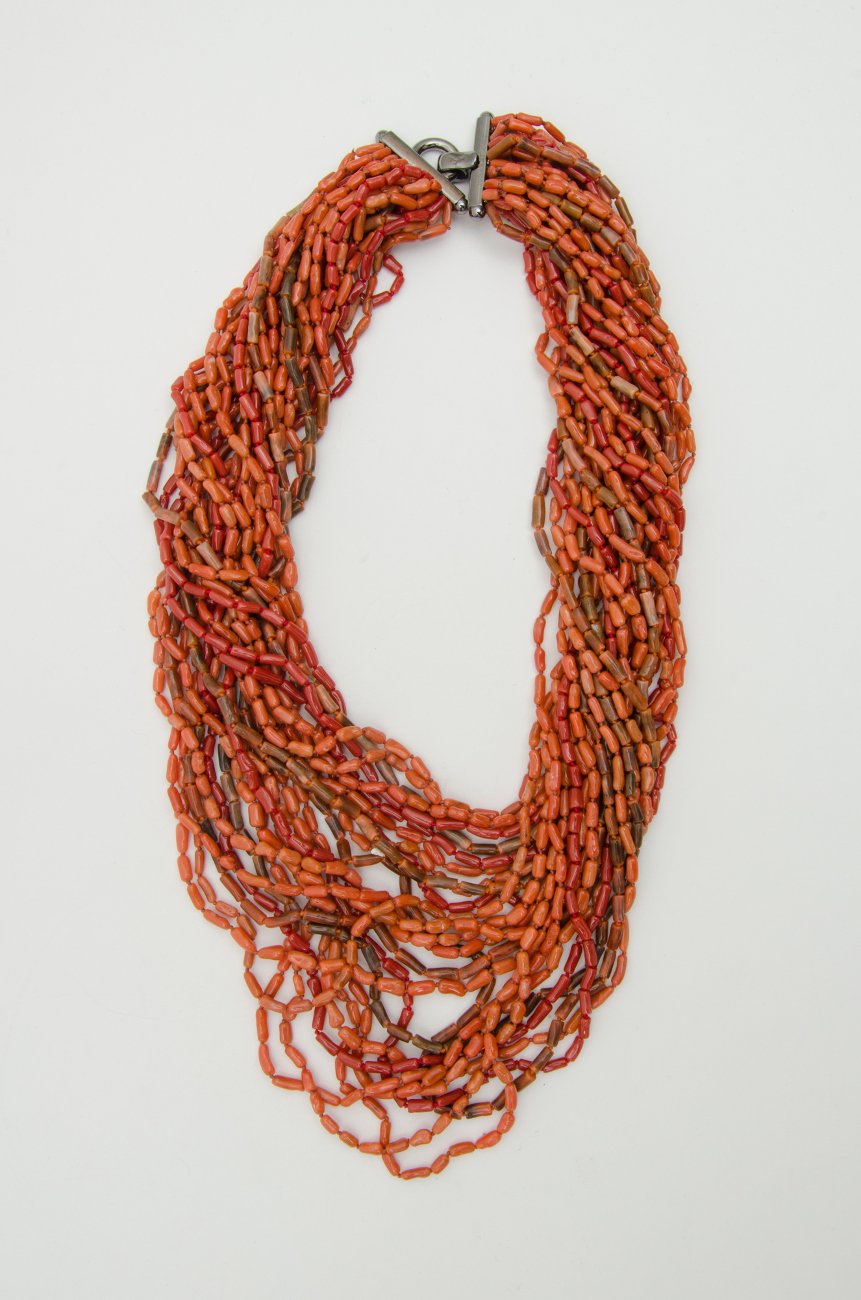 The story of Sciacca

Sciacca coral was discovered in abundance in the late 19th century only in the bay of Sciacca, Sicily, after the famous Isola Ferdinandea appeared and disappeared.

After discovery it was considered dead coral for its different colour and form, recent studies confirmed Sciacca coral actually is a fossilized Corallium rubrum. Every time an underwater volcano near Sciacca erupted it boiled all the living organisms including red coral. The action of volcanic mud during thousands of years conserved this coral giving it unprecedented shades, from orange to intense salmon, up to black with patches of yellow.

In Croatia Sciacca coral was used for decades in traditional jewellry because of its interesting color, usually trading rough Adriatic coral for ready beads of Sciacca coral. Just another evidence of strong roots and bonds with Mediterranean pool.